ABOUT CCFC - THE SHARKS 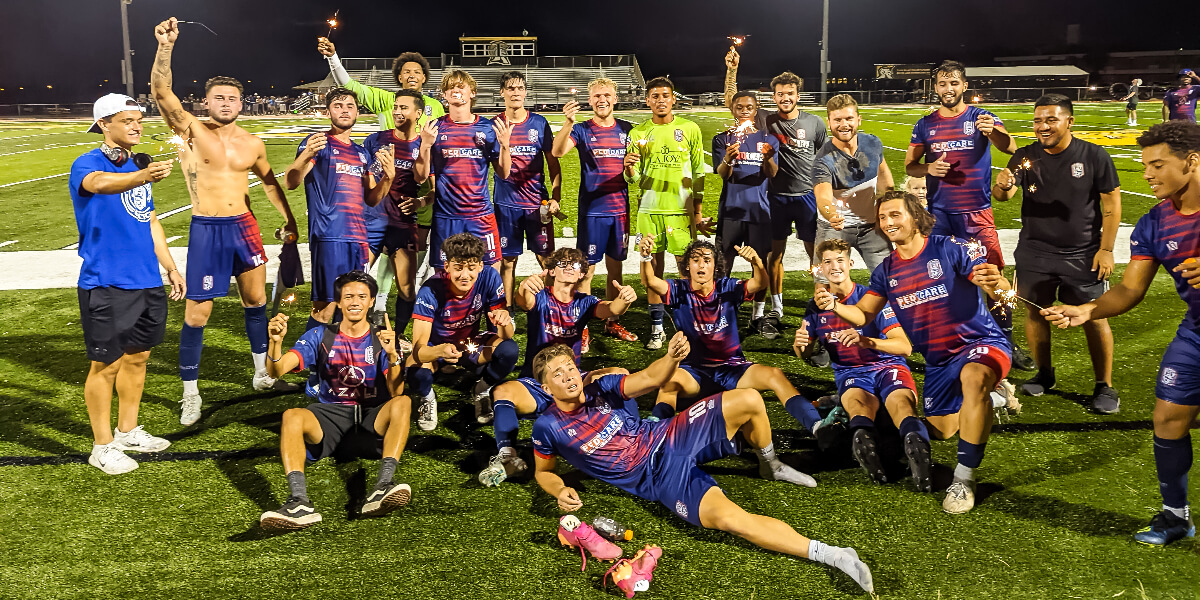 Corpus Christi FC -THE SHARKS is the pre-professional soccer team of Corpus Christi FC, a club based in Corpus Christi, Texas and founded in 2017.
Corpus Christi FC 2 competes in USL League Two (formerly known as the Premier Development League), under the United Soccer League (USL).
The team has established itself as one of the premier League Two teams across the United States. In 2019, CCFC-Sharks finished its season as runner up of the Mid-South Division. A year in which they were the second highest scoring team in the nation. In 2021 they finished in second place in the Mid-South Division, and qualified for the Conference playoff, reaching the Conference quarter finals for the first time in club history.
Corpus Christi FC has helped over twenty players reach the professional ranks of the sport, while multiple players have been named to the League Two All-League Team of the week, goal of week and Top Prospects of the year since the team began play in 2018.
Corpus Christi FC seeks to play an exciting brand of soccer featuring elite local, national, and international players and has helped over 20 players achieve their professional dreams.
The club is exploring joining the USL League One, they aim to make a similar move to that of current League One teams FC Tucson and South Georgia Tormenta FC, both of which were founded as League Two clubs before entering the professional ranks for League One’s inaugural season.
The club runs all USL2 team training sessions at the Corpus Christi FC Training Ground at Momentum Sports Complex,7037 Islander Way, Corpus Christi, TX 78412
The Club presently plays its home games at 2 venues, the Dr Dugan Family Soccer Stadium at TAMUCC and the John Paul High School Stadium both in Corpus Christi, Texas.
Be A Shark. Come and be part of the Corpus Christi FC Shark Universe!
Corpus Christi FC is in the process of constructing a new state-of-the-art 5,000-seat soccer-specific stadium in Corpus Christi, Texas. Planned to be built between Old Brownsville Rd and SPID, the new venue will provide an exciting and authentic professional soccer experience for fans and players alike.
Head Coach Ignacio Dicun and Co-Head Coach Manuel Iwabuchi lead the USL League Two team. The franchise owner and president is Dr Kingsley Okonkwo.