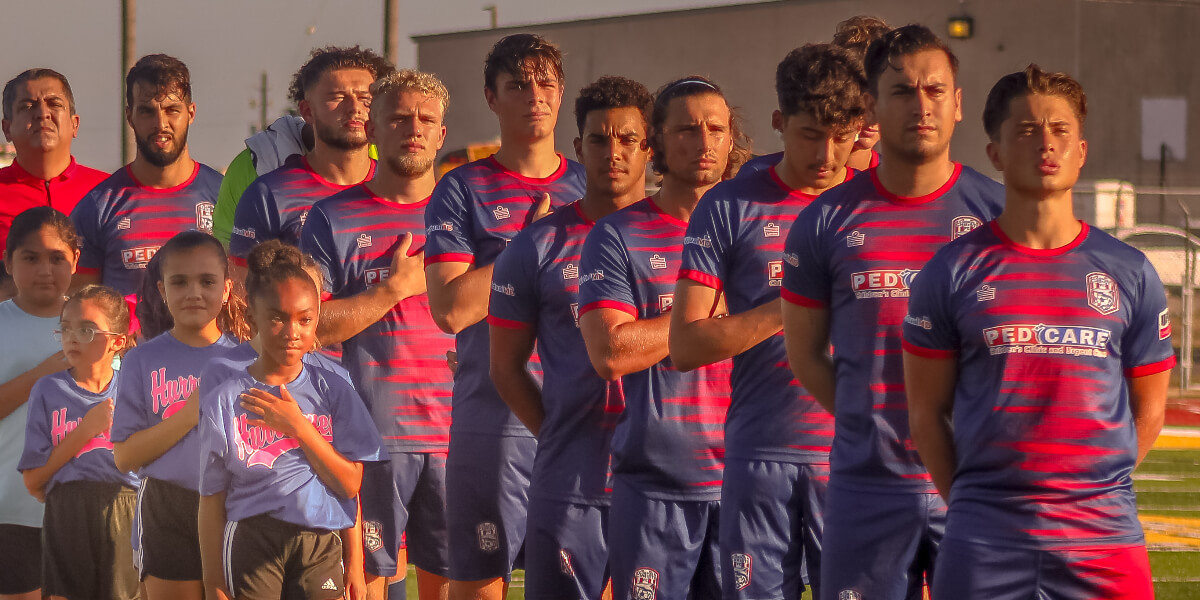 Plans for a new USL League One team based in Corpus Christi, Texas continued to gather steam as the City Council approved a five-year incentive agreement between the city and Next Sports Co. for $1.85 million.
An investment group led by Next Sports Co. owner Dr. Kingsley Okonkwo is aiming to build a $17.2 million sports complex that would include a 5,000-seat soccer stadium, which would be located on Old Brownsville Road near South Padre Island Drive.
“We have confidence in Next Sports Co.’s ability to develop their envisioned multi-million-dollar sports complex,” said Corpus Christi City Manager Peter Zanoni. “Company owner Dr. Kingsley Okonkwo has demonstrated a credible finance plan to do so.”
Corpus Christi FC is currently a member of USL League Two, and in 2019 finished second in the league’s Mid-South Division. The club is aiming to make a similar move to that of current League One teams FC Tucson and South Georgia Tormenta FC, both of which were founded as League Two clubs before entering the professional ranks for League One’s inaugural season.
“Corpus Christi would be a great home to a professional soccer team,” said league spokesperson Scott Stewart. “It’s a fantastic community that has already shown a hunger for the game.”
According to Zanoni, the incentive agreement is a no-risk commitment for the city as it would only reimburse the developer after the infrastructure has been built and jobs are created.
In addition to the main venue, the facility would also have eight multi-purpose fields for soccer, lacrosse, field hockey, flag football, and cheerleading for both children and adults. The center is expected to bring nearly 50 full-time jobs and is projected to attract up to 25 youth tournaments a year starting in 2023, which would potentially bring enough visitors to occupy 25,000 hotel rooms every year.